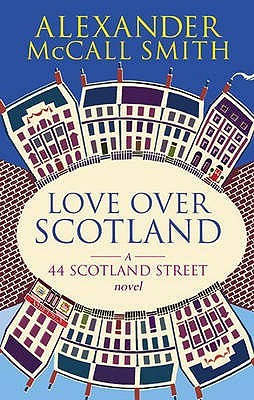 The previous books in the series:

The reviews for the previous two books are linked to the picture, going through them before reading this one would give a better perspective (as with most series’). They can be read as standalone books too, just that the prior conceptions that we have of the people we thought we knew, helps make it more entertaining.

I found that the best way to read this series (and way more rewarding) has been to read it with my husband. We take a part of the day out to read a chapter or two (the way it was originally published in its serialised version, I would assume) and bounce a few thoughts around at the stark reality of the characters involved. I did not enjoy the series earlier because firstly, I jumped in at the most random point in terms of order of books and there was too much history and another, I genuinely think this is one of the best books to thrash around in a book club (not that I have ever actually been part of a book club to know the reality of the situation in one) simple because of the vivid content.

In this installment of the series, Pat has gone back to school and she and Matthew may be forging new bonds( both of them being naive in their own ways in life). They are simultaneously likable and annoying in the way they stumble through their miniscule pitfalls. Bertie is being forced into new things with surprising consequences and his new sibling is going to make an appearance soon. There is less of Irene in this book, and more of just Bertie which suited me. Angus is missing Domenica who is doing a study on Pirates in the Malacca straits. There is Antonia who is new and planning to stay longer into the story and may have a few extra schemes in her head. Big Lou has her own upheavals but Bruce is not in the picture. This series is not for everybody. It is not about anything in particular and has a very simple sense of humour. Once you connect to Scotland street and the neighbouring people though, it does not matter that the country and its customs are alien to you or that half of the fancy names thrown around do not make sense since our general knowledge may not extend to fine arts, the book will still be a joy and leave a smile when you put it down.