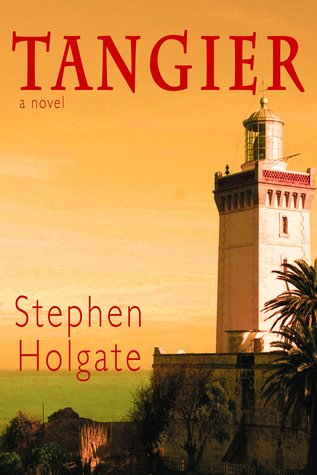 This was a surprisingly good book. I say surprising because nothing prepared me for the very interesting writing. I thought it would be just another of those books set partially in the past and partially in the present. It is one of those books, but a very classy one at that. More than the plot, the twists or the eventual end which would normally have not been my cup of tea, it was the way the story was told. With a flick of certain words, there was an ambience created. You could feel the heat, the wind and the mood of both of the times mentioned. In short, if you do get the chance and have the time do check this one out.

The story is of disgraced ex-bigshot Chris Chaffee has landed in Tangier with an old letter from his father and a mother’s request to confirm if his father was still alive. There is a fifty year gap between the two events but the marks of the past still have their shadow in the present. Chris has struggled with the image of his father in his life, he is unable to come to terms with who he has become and identifying himself is part of the hunt. We see both sides of the tale unfolding simultaneously and it can leave you guessing about which of the outcomes we are sure would be the one.There is the Second World War tied up in it, but it is more about the people involved in the story than the war itself.