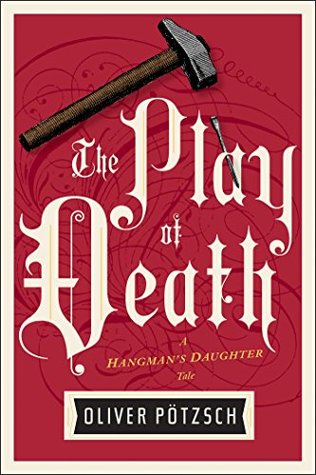 It has been a while since I wrote almost back to back reviews and it feels odd being back to it. I am of course referring to the book I reviewed last night (I Know a Woman by Kate Hodges). This is a very intriguing series, a little brutal but with an abundance of historical facts to back it up. I have reviewed all the previous ones as well(each title links back to my review):

I almost stopped listening to this series midway, but it got a new lease of life and now I have one more left to complete the series (so far).

It has been ten years since we have been introduced to the Kuisl family. Everyone has grown older and wiser but they still are unable to curb the their curiosity which leads them into the most complicated of plots. Jakob is in a sorry state and he is not handling his current status in life very well. On the other hand Magdalena is trying to bear the brunt of the work of both her and her husband’s while he is taking their elder son to a nearby town to study. Once Simon reaches the town,(as expected) he gets embroiled in the ongoing disquiet and his father-in-law soon follows him with the Schongau town secretary. The latter character has always been on the sidelines and I have looked forward to when we will get to know more about him. He is depicted as a harsh and selfish man for the most part in the rest of the series but we get a fresh look into his complex character and that made me enjoy the tale all the more.

There are more troubles that befall this close-knit family and foundation is laid for possible ones for the future. This is more of a mystery than an adventure (as I labelled all the previous ones) because we are only given hints at the root of all the troubles but can never be sure till all is finally revealed.It is an adventure with emotion, and with a lot of family feeling. I think this is book is the best of the series I have read so far. I must mention that it does have its barbarous moments but if you are familiar with the series then you will be able to stomach it and move on to the more important parts of the story.

P.S: I have almost completely listened to this series and have not tried  to just read it.