I have finally caught up on some reading on flights. Speaking of flights, I have to mention something that I experienced for the first time. I have flown a lot in the past five years, both domestically within a country and internationally on flights longer than eight hours. This time, I looked up from a book that I was reading, looked out the window and saw the moon rising and over the heads of the people on the opposite side of the aisle and saw the sun setting. It was a surreal moment to see this ( at least it was for me) happen parallelly . It is at times like this I feel a thrill which defies reason.This may seem like an abrupt segue but I will talk book reviews now. I have four pending reviews to write. Two in this post, and two separate posts to follow at decent intervals. 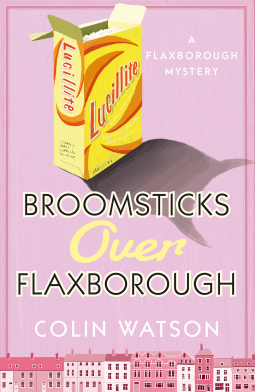 As compared to the next book in line, this has a more innocuous title but is more risqué than its title leads us to believe. There are some cringeworthy moments in terms of men misbehaving, more than the previous books of the series. In this particular tale, the women are not blameless either. All that aside, the case at hand is very strange. It has ​people with unknown plans in secret societies, missing people and others who know more than they are revealing.There are also these women selling laundry detergents whose entire attitude borders on sinister. It has its moments but it does not rank among the funnier ones of the series. I have three more books to read. Stay tuned for those reviews since I think I might find them more hilarious. Inspector Purbright and Sidney Love continue their banter. It was hard to follow this case because there seemed to be more going wrong than first meets the eye. This is a series that continuous perusal throws up sudden gems so I shall keep the hunt going. 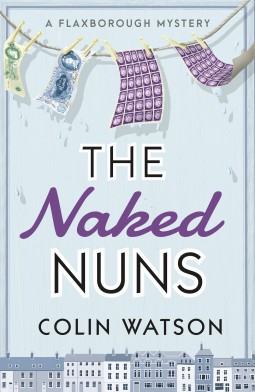 Do not let the title fool you. This book lulled me into a prejudiced thought process ( as intended, I guess) while reading the first half of the story. The tale concerns some unsavory characters who seem to have an ongoing feud. The two main men in question seem to continue to try to upstage the other (sometimes life threateningly but mostly bruising their egos ). Then one of them ends up dead and there are rumours of mob influence. The oddest exclamation turns the case on its head and provides Inspector Purbright with the right answer. This book is funnier than the last and the only reason I gave it only three stars ( instead of four) is because I laughed harder at some of the conversations in the other books of the series. It has been twelve years in the town of Flaxborough since it was introduced to us and Lucilla Teatime continues to play a pivotal role in every book since the Lonelyheart 4122 book. She is an enigma as I cannot figure out what she would do next or what role she plays in the bigger picture apart from continuously being someone who knows more than the police about what is going wrong.

I received both these books thanks to NetGalley. The above are my unbiased reviews.