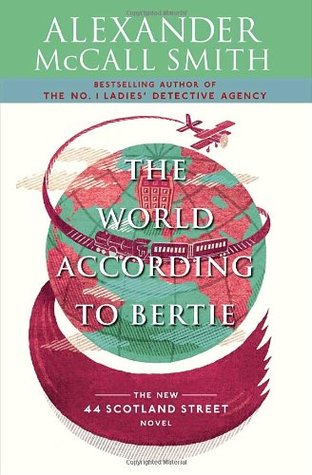 The previous books I reviewed of the series are below, do look through them to get a better understanding of why I am about to gush about this book which does not really fit any specific genre (though it is listed under a few in multiple places).

This particular edition of the chronicles of the people living in the area of 44 Scotland Street in Edinburgh consists of a lot of tales that have just begun. It gives us a peek into multiple couples and their starts and only hints to wear it might go.

Bertie is facing a hefty charge of doing a lot of work to take care of his new baby brother while his mother continues to be the self-important person she always has been. Her lofty goals for her son continues to soar new heights while his father takes renewed interest in him.School is not much fun either. There are several moments that I ended up laughing out loud at the absurdity of a situation ( which in reality are a possibility). The most amazing thing about the author’s representation of this reasonably average crowd of people are the little tit bits he includes of something about the world or anything about people in general. There were two or three lines about India this time which struck a chord with me, and being local to that exact sentiment I understood it well. What surprised me was the depth and breadth of what he must know to casually throw in something that is undeniably true but not common knowledge to a lot of people in the world. Bruce is back on the scene and as obnoxious as ever but he just might have met his match in life. As mentioned earlier, I would need to read the next book to see where all the beginnings lead to! If you are yet to try any of the multiple series’ written by Alexander McCall Smith, I suggest you try any of them that strike your fancy, because they are well worth your time. If nothing else, it makes for extremely interesting discussions ( This point I may have mentioned earlier and may continue to do so)