The Flaxborough chronicles was original published in 1950s and new editions have come out this past year. I have been working my way through the entire series thanks to NetGalley.the books are based in the small town of Flaxborough and all the people of neighboring areas who play key roles when things go wrong locally.

The other books of the series that I have written reviews of and actually liked enough to recommend:

I have a habit of seeing a series through to the end, and since I had the access to, I decided to read all the books of the series even if they were progressively moving farther away from humour and tending to be more lewd than the ones before. Luckily for the me, the books that were good made the attempt worth it. 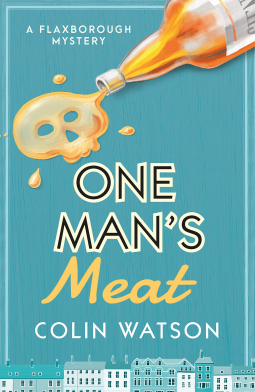 This was an odd story. I did not get where the story was leading itself till it was all explained and things clicked into place. Ms Teatime continues to make her strange presence felt. The premise is simple, there are two warring dog food manufacturers and a very odd accident at the local fair. One of the higher-ups of one company is trying to become free man to marry another woman and his wife decides to play a game of her own. What she doesn’t know, in this case will come back to hurt her. Inspector Purbright has less to do with this one apart from mediating random interviews. I really enjoyed the humour in some of the other books of the series and did not find the same quality in this one. I do intend to read the next books all the same. 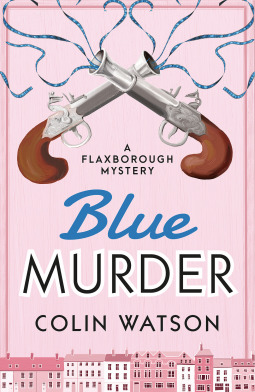 In this book , just like many of the previous ones, the solution is given to you with a sudden sleight of hand. We are meant to enjoy the shenanigans of the people involved and not put any effort in trying to figure out what the crime or its perpetrator was. A london car makes its loud way into flaxborough. It carries dubious characters with a reputation for publishing sensational news. They hint at having some dirt on the locals. This causes multiple uncomfortable situations but the writing was hilarious once again.

‘I feared as much’ he said, which was not strictly true because he had not previously given the matter enough thought to feel anything more than mild curiosity.

The above was one of the milder sentences about the local constabulary head which made me chuckle.If you do not find it very funny, I assure you that it sounds funnier in the context of everything else he does apart from actually use his brains.  This made the read enjoyable and the weird behaviour of a prominent female character Birdie could be glossed upon. Inspector Purbright and his minions were at work and played a very pivotal role in getting this case all wrapped up.