When I started looking at other people’s posts, I often wondered how difficult it would be for someone to not post a review for a book as soon as they read it. I assumed that the knee-jerk reaction of actually having a blog would mean that crowing about the latest completed book would result in the immediate requirement to post.

With this past week being the way it has, I have realised that it is quite normal to wait for inspiration to strike or a special bout of lethargy to lift in order to put up a post one would (hopefully) not regret later. I have nibbled at multiple books while trying to get my reading rhythm back. Although I have not exactly recovered it in its entirety, I have made substantial progress. So today saw me wrap up my audiobook, an ARC and a physical book from the library in the past hour. I started each at varying times in the past month! I debated putting them in one post but that seems silly because they have nothing in common. Posting them back to back may make some less visible than others and most people may not have the patience to read three dissimilar posts from a single person. I am planning to write all reviews together but schedule them a few hours apart (maybe more). Hopefully this bodes well for my month of october!

The possibility was mentioned in my last installment of this series Flaxborough Chronicles:#9 #10, and I have finally read them all. I was curious about some of the information of the lives mentioned in the tale and the years and looked back at the actual time period of the original publication. The books were published between 1958-1982. The scenery in the stories change accordingly as do the use of telephones and other equipment. I am glad I stuck it out because these books were almost the best of the lot in terms of uniqueness of the stories and had the characteristic humour that I enjoyed in quite a few of the books of the series.

Do check out my previous reviews to get a better picture of Flaxborough and their eccentric citizens: 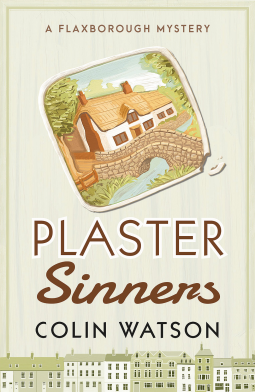 This story begins with Sidney Love looking for something to purchase in an auction. He is then attacked while he ponders putting in a bid. Inspector Purbright is the only one who smells something bigger in the odd behaviour surrounding the lot for sale in question. He starts digging and a London detective enters the scene to assist and add to the general ambience of the tale. There are a lot of mistakes, and resistance from within the constabulary itself to continue an investigation into something only Purbright can see. There are a lot of false leads and attention needs to be paid to the last chapter to confirm what actually transpired.

It is a small book and worth the little time it would take to read it.It makes you work to understand the plot, but it is rewarding work because there are quite a few conversations that will have you chuckling if read in the right mood.

Two examples of which are:

“Mr Loughbury who really had nothing else to do, made an extravagant lever movement with his left arm in order to bring his watch to the consultation position. He appeared to see in its face an impending event of immense significance.”

“Purbright apologized for their having called on a saturday afternoon. Mr Wellbeloved gave no sign of finding the apology other than appropriate.”

Whatever’s Been Going on at Mumblesby? 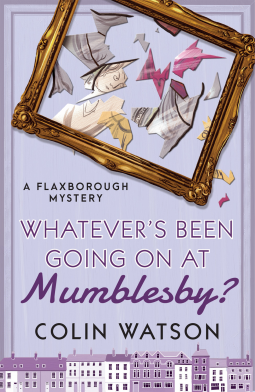 Mumblesby is Flaxborough’s neighbour and has been mentioned in passing a few times in some of the other older books. The story in this book has more twists than any other book in this series. A fitting ending in some ways.

The Mr Loubhbury mentioned in the previous book passes away. His death starts of a chain of events that has his clients on edge. This lawyer’s behaviour does not seem to have been above board since all his clients have been making him ‘generous gifts’ over the years and they might want them back now. Inspector Purbright takes the place of his superior at the funeral and stumbles on something very suspicious. This has the most sleuthing involving Inspector Purbright since he is actively trying to make sense of his suspicions. There are a lot of unsavory characters but most of them are not actually under the spotlight for long so they did not make a difference to how much I enjoyed the book.

I did enjoy reading the series thanks to NetGalley