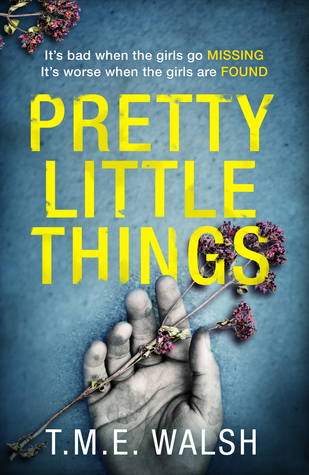 I have a problem with requesting books to read when I already have a huge pending to-read pile. It is even more risky than leading me into a bookstore because that would be a more visible load, and I can (probably) prevent myself from exceeding my capacity. Despite knowing my predicament, I continue to click on books and say, here this one looks interesting and I can read it when I have time!

This morning I decided enough was enough, and (did not stop requesting more books) made myself a little table of all the arcs I had and then sorted them by three things: publication dates, how long they have been in my possession and last but not the least, the page count. I know this may be a partially shallow approach but once I get my queue under control, I might ease back into my usual reading style.

With all those categories in place, first up was this thriller.

I have mentioned multiple times that thrillers may not be my thing but I continue to cave at something that looks interesting in hopes of it being that ‘one’ that might put me back in that line of people who read such thrillers. This book is not that one, but it was pretty good in comparison with some of the others I have attempted to read of late. The story begins with the voice of the anonymous culprit, something I could have done without in the very beginning of the story, but that’s how it usually goes.

There is a very short time window where the entire story takes place, from the killings to the finding of the girls and the implosion that happens to a family in the same locality. Charlotte is recovering from an accident and there are multiple things unfolding around her. She worries for her daughter’s safety but only she seems to be concerned. On the other end we have the detective in charge of the case who is emotionally burdened by the lack of evidence or motive in this case. There are a lot of false leads but I was let down by the revelation ( though I did guess just before I was actually told, that it was heading that way). The writing was better than some of the other tales of the same ilk. The atmosphere and suspicions were all there, making ideas go around a circle. The ending however seemed rushed, and maybe if there was more of an answer as to why some things happened the way they did, it would have helped me like it better.