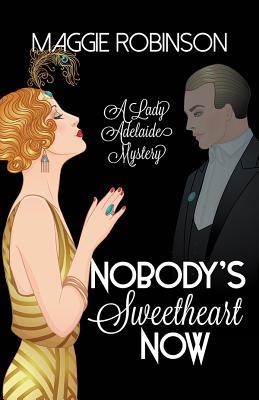 As previous reviews and even a casual glance at my blog would indicate I am a big fany of ‘cozy’ mysteries. They are even better suited when set in a time and place of mythical proportions, mostly because it is a window into a whole different world.

This was a first of a series (first point in its favour), set in 1924 England and has a ghost thrown in for good measure! At a dinner party thrown by recently widowed Addie, a dead body is discovered. Detectives are called in from the city to look into this strange case. The Inspector being an Anglo-Indian was something new. I have not really come across any characters before (in the books I have read at least) from the community and in the colonial era. It did add more flavour to the tale. The writing was funny and sarcastic for the most part. I just felt like there was one innuendo too many. The first few were funny, but then it got a little annoying. This was pretty much the only reason I took off a little for the rating. The plot in itself was pretty interesting because there was no way I could have predicted the ending, while simultaneously not being overly shocked by it. (I have mentioned before, that I think of it as the classic combination for me to enjoy a mystery)

There are several players in the tale that we are introduced to, some we may meet again in the next one and some we may not but I am actually looking forward to the next installment to see what Lady Addie would do next!

I know this may not be an elaborate review but spilling anything more will take away from actually encountering all the characters in the story for the first time.

The book is set to release on Nov 13th.I was lucky to get my hands on an advance copy thanks to Edelwiess+