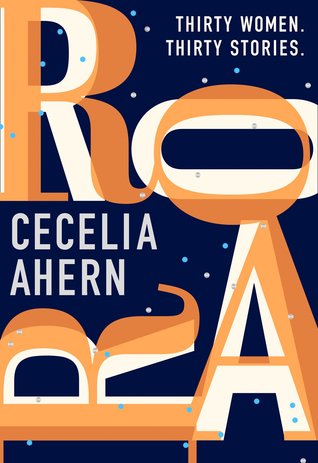 Quite a few of the books I tend to read and like, usually do have an independently intelligent woman running the show at some point.They do not get more feminist than that. I have had time in the last three years that I have not held an official position as a working woman to reflect on my reactions to the situation, I have been ‘at home’ for as long as I actually worked. For the most part I have relished the freedom, I have learnt new things,read tons of books, perfectly honed my cooking skills to suit our tastes. Not necessarily kept a clutter free(but reasonably clean) house but an interesting one. I feel the need to say all this because I think in its essence, that is the reason this book was a five-star read for me.

I have had multiple reflections on why we do the things we do, (women that is) or feel the way we do. I am generalizing here but that is pretty much the point. The book has thirty stories (I actually planned to finish it before my thirtieth birthday last month, but was unable to do so although it would have made a very good tie in). Each story features a nameless ‘woman’. They are the different type of women: mothers, daughters, career women and even those who some people do not accept as actual women. Not every story felt as great as the entire book did. There were points in a story when I felt that it was taking something too far but with the flick of the page my retorts were silenced by a very reasonable turn of events!

I do realise that some of the stories had a recurring plotline but that again did not feel like a deterrent to me since the story felt like part of the bigger picture. This is not a book bashing any particular section of the community, no other gender, not even other women. in each scenario there is a very specific circle which is addressed. It took me a couple of stories to realise that it was an unnamed woman whose feelings we are getting to share. I do not know if I will feel the same way about the book if I read it in a different time and place, but right now I feel it has a very uplifting message (on the whole). It can serve as a starting point for discussions which in turn might actually make more of us feel better. I have read a few of the authors other lighter reads but this is more serious despite having a lot of abstract fantasies blended in to make a point.

I am glad I got a chance to read the advance copy thanks to NetGalley and the publishers.

9 thoughts on “Roar by Cecelia Ahern”