Before I begin the review I need to mention that I am glad to be finally back to blogging. I have been effectively offline for more than a week. Only flitting online once in a while taking the chance to peruse other people’s post and maybe respond to the few comments I got and be more than thankful for the extra followers I gathered while I was away. I wonder if it is telling that I had the largest influx of people signing up in a week than I have ever had while being more active?!

I read quite a few books during my time offline and now that I have a few spare days, reliable internet and enough percolation of the stories in my head that I might put up a pretty interesting collection of things for people to check out and comment during this last month of 2018. As mentioned earlier, I will be reserving the last five days for scheduled posts with pretty covers and some unnecessary but still interesting tables. I hope you enjoy them as much as I did putting them together (this may be a sentiment I may mention multiple times in the next few posts) 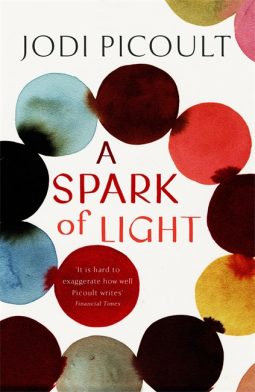 Coming to the book at hand, I requested and received this book via NetGalley because I have heard many good things about the author and not having read any substantial amount of her books earlier, I thought this may be a good place to start.

I made one slight mistake during the period in which this book was pending reading on my shelf. I read multiple reviews of it. This did put me off reading it immediately since there were quite a few controversial ones. They were also simultaneously encouraging that there was something for every type of person in this book. Most of these thoughts I concurred with. I will state that this is my unbiased review because once I started reading it I put everyone else’s comments aside and only focused on the story.

First and foremost the style of narration with the revelations coming in the backward fashion were slightly disconcerting initially. By the time I reached the entrance of the gunman, it all made sense and seemed worth it. There were stages of revelation which work with this experimental form of storytelling, so just be patient if you do not get it in the beginning.This is a story of all the people who came to a women’s clinic with all their private reasons being held at gunpoint by a man who claims to have been wronged by them. There is every possible viewpoint discussed in this tale, every side has so much of data provided with it, it will be hard for anyone to take any particular side and this again was something I both admired while simultaneously regretted since I like having someone to root for. It deals with a very topical issue not just in North America but the world where multiple groups are fighting for the right of women to have freedom of choice. Each person who is involved in this instance has a story to tell if you are willing to listen to them.

I may not have enjoyed the book as much as some others I have read but I do recommend it to those people who are more politically inclined because it does contain food for thought and brings to light the hardships faced by the people who work in the field.

2 thoughts on “A Spark of Light by Jodi Picoult”