I have been good, and worked on my backlist (books older than three months that I received from NetGalley) and now it looks a little better than a few months ago! This is another of the books that released last year in december, and the paperback is set to release on Feb 7th. 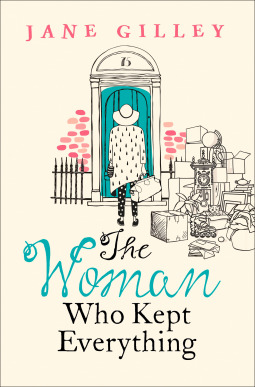 This is the story of Gloria at the age of 79, comes of age. Her eyes are opened to the squalor she lives in, her tattered relationship with her son and his family and to the fact that she wants more from her life. She sets out to change the way she has been living her life thus far, since the death of her husband. Few steps take her all the way into the middle of the strangest adventure.

This in short is what the story is about, it falls lightly under the genre of ‘Uplit’ but doesn’t quite get there. I like what it was trying to do, unfortunately I could not go along with most of the story. I do not know if it was the lingo, but I did not find the time to connect. The people felt irredeemable, even if a few of them try ultimately to change. I felt bad about not feeling the appropriate feelings with the people in the book but I felt like I was not given a chance since Gloria hopped from one project to another as soon as one was successfully dealt with.

On the plus side, it has people making efforts and taking steps towards betterment of their lives and does stand for a more positive outlook. People who read more books of this genre and are used to the twists and turns such a story could take, should give this a try, you might like it more than I did.

P.S: I never enjoy writing negativish reviews and I enjoyed the last few books by the publishers that I reviewed in the blog recently, and was hoping to enjoy this one too(which unfortunately was not the case). I received an ARC via NetGalley,but the review is all my own.