I was so excited to see this on my WordPress feed the other day! I want to thank all of the people who actually follow my blog!! 😀 THANK YOU 😀 😀

Now moving on to the review at hand. I downloaded an advance review copy of the book via NetGalley but was unable to read it before its release date, and I managed to get my hands on it using a Kindle unlimited account with audible narration, so it made it an even greater experience. 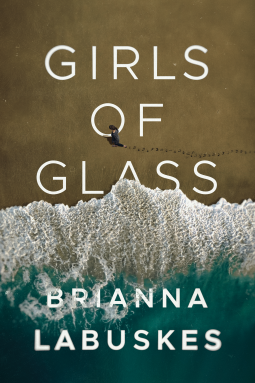 When you read as many books with varied plots as I end up doing in a single year, it is hard to surprised by the turns a plot might take. You anticipate the possible discrepancies in the narration by all the main characters and sometimes revel in being proved right and sometimes be disappointed by it.

Sometimes, like in this case I do not see a lot of the book’s story coming until it was too late, and I was surprised more times in this one book than I have been in the recent past in multiple ones!

The story is told in a very random chronological order, moving forwards and backwards around the pivotal point of Ruby Burke’s kidnapping. The see-sawing of the times was annoying initially but the ending proved why it was the only way the story could have been told. The beginning also had so many facts that should have been crucial to the outcome of the tale with the revelation of evil living under the guise of genteel local nobility. (All of this is revealed very early on, so I am not providing any spoilers) I say should have because it did not matter here and as the story progresses and things get murkier, it paid to read/listen till the end.It could have been shorter but the length does add to the atmosphere and gets you more invested in all their lives.

Alice Garner and Jo Nakamura are assigned to the case and they spend sleepless nights worrying about all the dead ends. Each person in the Burke family, are dealing independently with the aftermath of the kidnapping. The only reason I was unable to give the full five stars to it was because I could not digest a few things that happen in the tale, and will find it hard to shrug off and resume the reading of another book nonchalantly. It lives up to the thriller genre and for those used to the emotions that come with reading a well written thriller, do give it a go!

My last KU review was: Just After Midnight by Catherine Ryan Hyde

How does one deal with an ending you think was intelligent and well done, but is not to your liking?

P.S: I have a pretty large post coming up soon, the main reason why I was not active the last two days. I look forward to streamlining my thoughts to get it right.

2 thoughts on “Girls of Glass by Brianna Labuskes”