This was pretty much unplanned, the reading of these books back to back. The second book (something I had not realised was part of a series) is set to release on the 12th and since I have been diligently keeping to the schedule whenever I can I decided to tackle it first. Then suddenly realised that I had a pending ARC by the same author. On further investigation, it was meant to be read in that order! Also, the after effects of thinking about the story made me like it more than when reading it. This is rare, quite a few books make me reconsider my ‘liking’ of it if I think about it too much.

The second is rated lower on Goodreads because of initially being taken as a standalone, while I actually liked that one better, except for one thing which I will get to later.Now, moving on to the books themselves (I received both books as ARCs thanks to NetGalley and the authors but the review is all my own opinion) 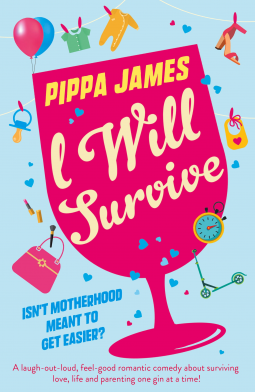 This book introduces a little town, which our three leading ladies call home. We have Frankie the youngest mother of the brood who does not fit any mould in the playground as the kids make their way inside. She is loud, uncertain and struggling in life in general. She does not know her so-called easy life is about to change making her a better person. Kate is trying to hide in the shadows, she is worried about almost everything under the sun. She does not know that she will be yanked into participation and like doing things. Alison thinks she knows what is to happen, she has it all planned down to the last point. That plan may not be worth anything a few days into her new life as her son starts school. These are the mothers that the story revolves around but there are many more people who add flavour to their lives and to the pages.

They do not start off as friends but end up that way, a whole lot of insecurities are tackled but there seemed to be too much going on for us to tie ourselves to a single fate. I liked their combination, and as we are privy to their innermost thoughts and fears, they all endeared themselves to me. I just felt like I would have wanted to bond more with the people in the tale. As previously mentioned, I liked the book more on reflection about what I had read than when I was actually reading it. It is a light read and reasonably quick to read.They are all stereotypical caricatures of people but some of them might surprise you. 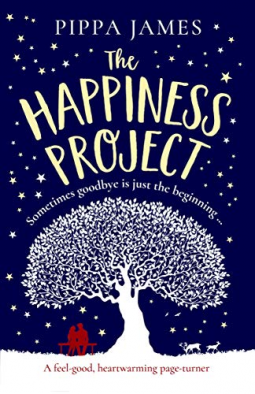 I will begin this review by saying I liked this book better than the first one, I had a lump in my throat and tears in my eyes more than a few times during the story. That being said, there was this one point that bothered me so much when it was introduced, it almost threw me off my mood (will get to it at the end)

The friendship of the three woman is still in its nascent stage. They are pretty much only drinking buddies but are working their way to getting closer. All three women are different at the core and their escapades in the first book really helped each in some way to come out of their respective shells. This installment is filled with activity as all three of them work on their new year resolutions, also dubbed the happiness project. Everyone is always doing something, new people are introduced, literal and figurative hurdles come their way and overall this is was a heartwarming read.

My one issue is as follows:This might count almost as spoiler territory, but I had to mention it. There is a character who is sort of the villain of her piece, she is a ‘hippy’ with the lifestyle to match it. Her behaviour does border on crazy but I think it vilified the underlying concept here. There is a problem with our environment and not everyone can make the drastic changes required to feel like they are doing their bit and I do know there are a lot of pushy vegan environmentalists but I have met many reasonable ones. The idea that trying to turn vegetarian/vegan for the environment and reducing consumption of non-recyclable and fair trade products is taunted in the process of laughing at the woman. Some bits seemed necessary for the plot line but a chunk of it might even turn away people who might consider looking into the concept of zero waste/fair trade/vegan/vegetarian lifestyles. I know this might sound like a rant but believe me, although I have been a vegetarian all my life I keep finding out some action or the other that is supremely detrimental to our own future and how little I am doing for the environment as a whole. I am in the process of educating myself and think it should at some point not be a punchline anymore.

I am giving this book four stars despite the preceding ‘rant’ , so if you are either side of the fence with what I just said, you can be sure to enjoy the story. Just read the first book first to get to know the Mothers first.