This greeted me at the end of day yesterday and I need to utter the clichéd ‘where has time flown’ line because I cannot believe it has been that long! I spent almost the whole of the first year hiding out only in my blog and never hopping out to check anyone else’s and this pretty much meant that I was unaware of the world outside its periphery. Then things changed, I got a bit bolder and since then the past year has been rewarding in terms of the conversations that I have had with the people who leave such interesting comments on my posts and their blogs which give me inspiration to keep at this ‘hobby’. I think familiarizing myself with the WordPress app and its reader have helped me sustain the interest and helps me browse.

Now moving on to the book review: 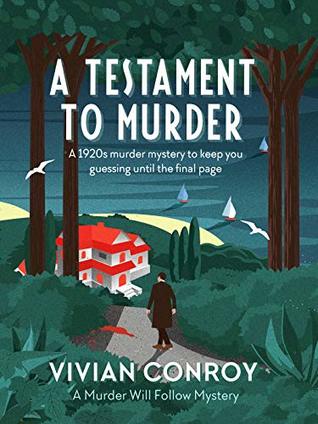 Before I begin with the story in this book, I have to give a bit of background from where I approach this tale. I have mentioned before that I am a fan of Agatha Christie’s books. The people I have met over time who did not like her books were those who found the actual whodunit buried among the very avidly described characters and their foibles. This book has modelled itself on the format of the old classics but falls short when it comes to just that bit for me.I will explain that statement in more detail towards the end of the review.

An old man on his deathbed has collected the people associated with him in life around him. He then presents them with a picture of who will inherit after him and basically heralds the start of the games. The people who have answered his call do not like him (he is not likable in any way) and start to debate what their course of action should be, they all hope to inherit untold wealth whether the deserve it or not. The story itself is pretty interesting, and there are enough red herrings thrown our way in the guise of multiple attacks on the almost heirs. The gold- digger with the useless husband, the ex-wife who married the man’s ex-business partner, their son, an enigmatic nurse , an ex-cop and the ex-secretary are all interesting choices for the criminal but here came the issue. They were all not fleshed out enough, I felt like I was being told what they were doing and not shown much and there was no clear indication of the fact that this was based in another era other than the fact that once again the cover proclaimed it.

This is not a deal breaker for most people and although I guessed the answer I was forced to second guess it a few time, I need more from a classically styled story. I needed to feel with the people introduced to me and get invested in their eccentricities. This is why I indicated earlier that my interest lie more heavily on the people themselves than their actions/reactions. I would recommend this to people who like reading this genre and to form their own opinions about it after reading it.

This was an advance copy I received thanks to the publishers and NetGalley. It is set to release of the 18th of Feb

20 thoughts on “A Testament to Murder by Vivian Conroy”