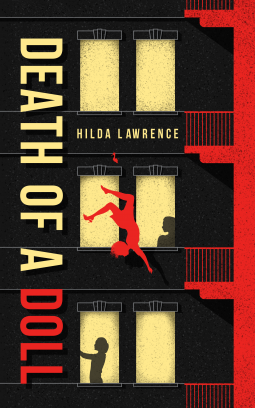 This book is still up for requesting on NetGalley (The cover page will lead you to it, in case you are interested)

This is an old american classic as opposed to the other british ones that I have reviewed on this blog, and there is a marked difference in the style of narration. It took me the better part of the first half to get into the story but once I got the hang of the tone of narration, the professional and amateur sleuths started to get interesting. The story centers around a home for working women in New York and Ruth Miller is excited to move in. We are given introductions to a few of the women in the house who will play minor and major roles in the upcoming chaos. The first part of the tale centers only around the suspicious circumstances that Ruth Miller finds herself in after she checks in. A few days later she is no longer alive. A friend of Ruth’s takes up arms to find out more and she has two unofficial and one official investigator on the case.

These last few people are what bring the entertainment into the mix. Their styles of investigations wary but the conversations get more entertaining. Once the women in ‘Hope House’ become familiar it is hard to not keep guessing as to who the culprit could be. The entire book is filled with sketches of people (in words) and a form of character study that gets fun to read once it becomes more familiar. I really enjoyed the experience and would recommend it to those fans of crime classics who have a bit of time on their hands to leisurely peruse this book( do not give up on it till you get to the interesting bits, it will be worth it).

I did not guess the ending which in itself is a pleasure but I wish the book had been shorter and slightly less meandering at times but it was originally released in 1947 so I cannot really expect current length from something written then!

Affiliate link to purchase the book: Book Depository. The reprint is set to release tomorrow, the 7th of March

P.S: I received a preapproved widget from the publisher for NetGalley but the review is completely all my own opinion.

4 thoughts on “Death of a Doll by Hilda Lawrence”