I have been offline for the better part of the last week and a few days because of visiting family. I did not read anything apart from the quiz I had to study for that too when they left for the airport. This is probably the longest that I have stayed without reading since this year began and it felt good. It feels even better to settle back into my old pattern starting today. My tablet has been acting up and the flickering screen that I thought was my own fault was microsoft’s! So this week at some time I have to let my laptop go and wait for its replacement.

This will put a serious dent in my writing of reviews since I do not like typing on my phone. The entire process was very smooth, starting from me finding the notice about said screen problem online to actually calling them to the case being worked on.

All of this happened as I had this post open in front of me so I had to write about it first, now moving on to the book. 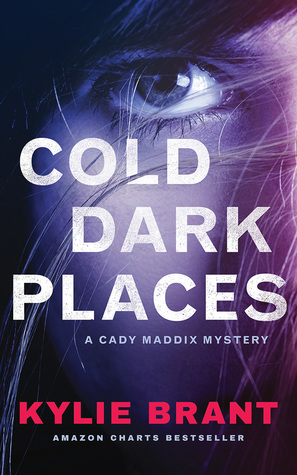 This was one that I finished on my way to the airport to pick up my cousin and her family and I did not feel like rushing my review amidst the fun we were having. Also, I was better prepared with some pre scheduled posts for the week to keep me in the blogosphere even if it is hanging by a thread.

The narrators once again are the icing of the tale, they set the atmosphere to a very interesting storyline which is not at all as it seems initially. We have three main narrators. One is a man who has taken over his father’s mantle as law enforcement in the area where a young woman(Eryn our second narrator) who has been incarcerated in a mental institute has just been released and finally the lady who the series will probably be focused on, Cady(US Federal Marshall) with an eerily similar past to Eryn Pullman. Eryn finds her way back to her old home and the locals are not happy.I really enjoyed all the ways she tries to find her footing again and felt like cheering her on many times.

There is a mentally deranged man on the run and they all pitch in their own way to form pieces of the puzzle that will lead to the end of the story but for the most part, things seemed to take me by surprise. There is an atmospheric background surrounding the entire story and we can hear the patience in the narrators voices as they lead us down a few false turns before the final reveals.

As my next review is also from my KU list, I am going to update my current queue in that one. To take a look at the last one, do check out : Debris Line (Gibson Vaughn #4) by Matthew FitzSimmons