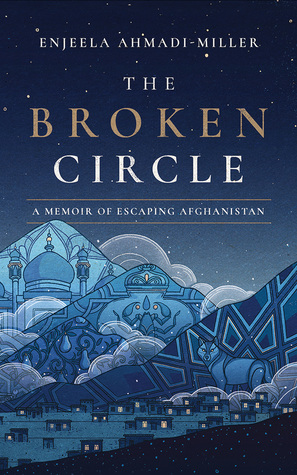 I picked this book because I had no knowledge of the history of a country that sort-of neighbours my own. Although the story in itself was partially illuminating, I have recently read a few memoirs and expected a lot more from this one.

It is in some ways fascinating to see how a war in a country can in some ways bring the haves and have-nots to the same level (in some cases). The author belongs to a wealthy family in Afghanistan when the Soviets make their way into the country. I do not think the country has faced the level of peace described the author in several decades which in itself is a sad idea to confront. The narrator is a child when the issues begin and over multiple stages, they seek refuge in India (using any means necessary) until it is time to move on. The bulk of the story consists of the trials that they undergo when they cross all those borders and the relationship of the author and her mother. I liked the introspection that the comfort that their status in society incites but on the whole it seemed a little disjointed. The siblings were present and absent as the situation demanded in order to focus on Enjeela’s role in the ongoing events and this distracted me from the tone of the narration itself. It is an interesting book and had me checking up a few things about the country’s history.

On a side note, something that might not bother too many other places: The narrator did not pronounce the “aa” sound in certain words like Peshawar the way people on our side of the world would ( Also certain other pronunciations like Mehendi, with a softer D and a few others). As the author admits to having learnt English later in life I would have expected the narration to have a more ‘desi’ accent and the Peshawar thing was repeated so often it stuck!

My last KU review was: Secrets Never Die (Morgan Dane #5) by Melinda Leigh  and my queue now looks like this: