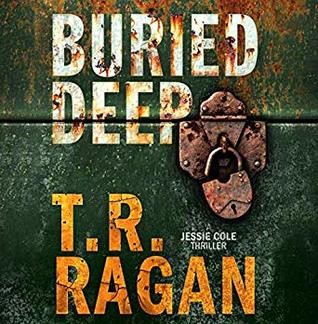 This is a very tense and fast-paced series. This book did not lag behind on either the mystery aspect or the pace. The past of Ben Morrison is becoming all too clear to us. I cannot even imagine where the next installment will leave him.

Jessie Cole’s detective agency is starting to pick up. She is receiving calls from outside agencies as well to find people who are either missing or just do not want to be found. In this book, we have three separate cases. One is of a missing mother, decades after the fact and of one missing heiress who may have hidden with just cause. Last but not least the local creep of Ben Morrison’s town is out of jail. We are given a parallel view into a couple who are in trouble and how they cope with it. In some ways, it was my favourite part of the entire book. It was heartening to see how adversity brings out the real colours of people! Jessie and Colin are starting to become more real, and moving towards something positive but the inherent dislike that Colin harbours for Ben is hard to shake. None of our lead protagonists presents a rosy picture, they are not tarred in a single colour and situations tend to make them act a certain way.

I highly recommend this series to those looking for a thriller with a lot of action thrown in as well as interesting, multi-faceted characters with a lot to lose and a lot of heart. As always the narrator is a boon to the tale and has a way of making your pulse quicken at appropriate times.

My last KU review was: The Voice Inside (Frost Easton #2) by Brian Freeman. I started listening to the phantom of the opera, but I was not in the mood for it so I switched it out. My queue now looks like this:

Each cover leads back to its GoodReads page in case you want to investigate them further or to add them to your queue. What do you think of my current Kindle Unlimited queue?