I am back after an unexpected hiatus! I originally intended to read a lot, and schedule posts for all the days that I would be offline but life is not clean and scheduled that way. My sister got married last week and that involved a lot of people and noise and obviously, I was not going to be cooped away in a corner reading. That topped off with the fact that I had a nasty cold led me to sleep the time I was not actively engaged in talking meant zero reading on the whole. I do not regret that but it also meant no activity on the blog. I intend to rectify that slowly but surely. 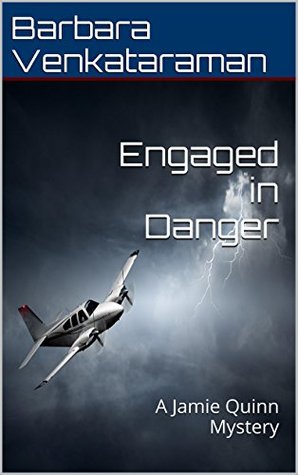 I have reviewed the other books of this series : here

This was probably the best book of the series thus far. By this time, the people and their emotions are an inherent part of the tale and most of them should be familiar (if you have read the previous three stories, which I suggest you do)
This series is one of the cozy series which Rekha and I completely agree on.
Jamie has had a rough patch in the recent past but things are at a steady stage when this book begins. She has her work, her friends and family and her boyfriend Kip. But such ideal times do not last for long. It begins with Kip, who feels suffocated in his current job and is looking at a temporary but long change. Jamie is NOT happy, and turns heavily insecure. Then more than a few cases come knocking at her door causing her self pity to take a back seat.
In the hunt to do the best she can, she puts herself in danger. There are some other events happening simultaneously in the background which are explained neatly at the end.
The way that Jamie conveys her emotions and how she works along with all the word punches she throws (both subtle and in-your-face) that make reading this a treat. There are a lot of things that you can see coming before they happen but you will not grudge the author that fact since it is not an inconvenience in the least.

I highly recommend this series only to get to this point. There are a lot of loose ends tied up, so much so that I can only wonder what the next installment would bring. I will be trying to get my hands on it at some point.

I received this book from the author herself but that has not altered my review which is completely based on my own reading experience.