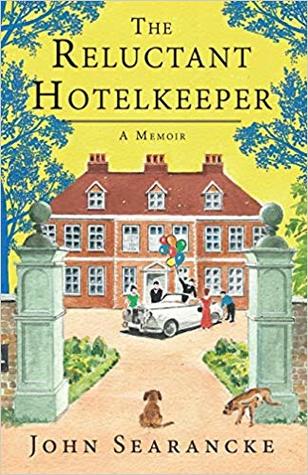 I am always ready for a good memoir set in a time and place that I am very unfamiliar with. I have read only a few but I end up enjoying almost all of them. This was one such story. The author chronicles his time as a hotelkeeper/owner/sometimes chef, which although began as a forced decision ended up being something that became an inherent part of him.

The stories were all scattered over the timeline that the author ran that hotel and his learning curve, they are grouped together by incidents and move forward and backward in time. This latter aspect threw me off a little because I found it hard to keep my mind on the progression of the people in the story. I would have enjoyed it more if it had been chronological first and then incidents could have been narrated, but that is only a personal preference! The writing style is simple, to the point while maintaining the emotion behind the tale.

This narrative spans more than two decades of the author and the times change around him as he keeps his hotel afloat and improving with the times. Some of the anecdotes were funnier than others but for the most part they were very informative and interesting. It is set in rural England, and gives a window into lifestyles of people that I do not think I would ever be actually crossing paths with in real life, which is the bonus. I highly recommend this to readers of non-fiction who are looking for a lighter look into this lifestyle.

2 thoughts on “The Reluctant Hotelkeeper by John Searancke”