I reviewed the previous book in the series: The Summer Children on the blog. 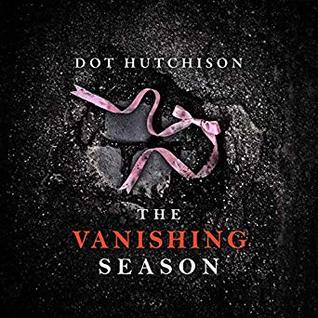 This is a fitting finale to the series. I have seen such drastically different reviews for this book that I was apprehensive going in, but I wanted to complete the series. I should not have worried. I have to admit that each time I am a little fuzzy about all the characters when the tale begins but by the end of the book (happened with each of them), I know where I stand.

The narration in this book was absolutely brilliant, the female narrator had seventy percent of the narration and she did a marvelous job! This tale is not just about the culprit that the team has set out to catch but the dynamics of the team. An old case resurfaces in another form and it shakes the foundation of the status quo with the team. Eliza Sterling is our leading lady here, she is worried how the disappearance of an eight-year-old blonde girl will impact her team-lead/boyfriend since he carries the guilt of his sister’s disappearance almost two decades earlier. The final reveal is abrupt but the build-up to it and all the personal bickering is the reason to linger through the narrative. This is for those on the lookout for a thriller series (There is a lot of gap between the timeline in the books and only mild overlaps so they can actually be treated as separate books), with a strong character team with interesting camaraderie.

It has been a while since my last KU review: Crooked Street (Frost Easton #3) by Brian Freeman

I started and stopped another book but now seem to be on track. My current Kindle Unlimited queue now looks like this: