I have been reading this series for a while now, but I wanted to read all three before talking about it, just because it made more sense.

I am always up for trying a reprint of older books, preferably mysteries but I sometimes succumb to interesting-sounding books of other genres. This was one of those latter forays that turned out to be an interesting read.

These books were published in 1970s 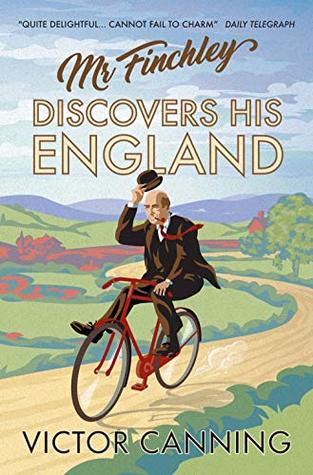 In this first installment, we are introduced to Mr. Edgar Finchley,  who has been forced to take the first vacation in his life. He decides to go the normal route and has a booking in a normal holidaying spot all set for him when the most absurd thing happens to him. He gets tangled up in one adventure that drags him farther and farther away from his ideal vacation. But his ideals are in the process of changing. A chance meeting with another traveler gives him yet another diversion to branch out on and off he goes. The man at the end of the book is no longer the ‘ordinary’ 45-year old who wanted to just take a holiday.

This has to be read leisurely because he meets so many random characters and such strange misfortunes seem to befall him. It gives a view into this time which straddled the time between the old and the world we know today with the lifestyles we have now. I was pleased to meet all the people and even more pleased with the last few chapters. Since I liked the next two books a little better than this one, I had to rate it three stars. 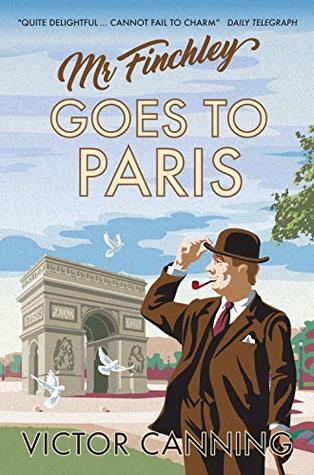 Mr. Finchley is back in his routine after his last adventure. He has retained one connection he made towards the end. She is a big part of his daily life now and he hopes to change their relationship but things get in the way (which seems to be a recurring factor in his life).

The biggest hurdle/surprise turns out to be an assignment that takes him to Paris. He starts off as a solo traveler but picks up friends on the way. There are a lot of things that happen to him in this tale, but the mental processing of his reactions to the unfolding events are the draw in this narrative. He is such a likable character who on top of being ‘ordinary’ is a good man who means no harm to anyone but does not refrain from protecting himself or others. There is more growth in his life in this book than the last, the humour laced into the tale more pronounced and overall a definite improvement from the first adventure. He keeps referring to what constitutes an English lifestyle to Robert(his closest ally in the tale) who has never been to England despite having English parents, this was a very interesting part of the story. Once again the ending is the best part and although anyone could see it coming from almost the start of the Paris section, are still is a touching set of scenes. 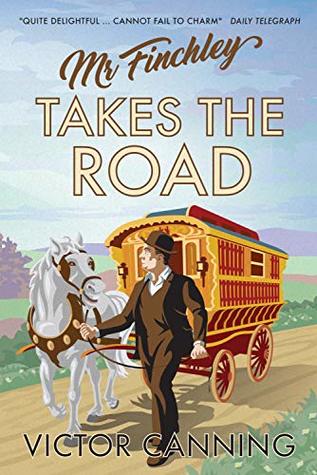 This is the last book in the series, and if one has grown fond of Mr. Finchley and his eclectic family by now, it is more of a treat than the last two.

Mr.Finchley decides to retire- it is not a decision to be taken lightly. In order to secure his family’s future in a new place, he sets off on yet another adventure. This time it is meant to be a leisurely paced travel, old-world style by a horse-drawn caravan. I say meant because yet again as is in his fate a lot of adventures befall him. It begins with the actual acquiring of the caravan and then a horse. Then learning to ‘operate’ the two together. This is followed by all those people who find a great listening ear in him and cling to him till he finds it hard to get rid of them. He travels far and wide trying to identify the best spot to set down roots but there seems to be more sinister trouble following him at his heels this time around.

He sends out regular missives to his wife and son and gets enthusiastic responses. The icing of the story for me was the communication between them all, they were so simple but yet filled with so much! I liked this book best of all and it was peppered with profound statements as he contemplates life and thought and everything related to humans and society in general. It doesn’t get too much because a couple of pages following these profound contemplations something absurd happens from a thief returning his loot, to a pig saving his skin, being mistaken for a poacher or even his horse enjoying music and posters. This takes some of the seriousness out of his thoughts leaving behind just a mild message. I would have loved the book if it was a tiny bit shorter but even with that being the case, I might just get back to it someday for the pleasure of it.

I received all three books thanks to NetGalley and the publishers but the review is completely based on my own reading experience.