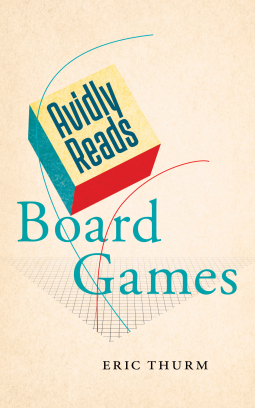 This book tackles games in such a fashion that it has made my recent obsession with board games feel more than justified (I have had other little successes recently but this put a whole academic spin on it). My love for board games is a personal thing, as personal as the number of players required lets me keep it. With the reaches of the internet and my yearly plan to spend x amount of money on games and the discovery of boardgamegeek.com, I have learnt a lot about the ‘industry’. Game night is an oft-repeated and very familiar word to people of my generation. I am yet to be that socially active but I have passed on the bug to a few of my relatives. I love the idea of games as an alternative to other forms of entertainment because of the time involved and the space it gives for conversation if required (unlike movies or tv in general). I applaud/salute the intelligence involved in crafting the perfect rules, (I adore/am in awe of the simple rules of Dixit) because I attempted creating my own a couple of times when I was younger and only playing would indicate how absurd my flights of fancy were and they all lie abandoned somewhere. The last few pages of the book have a list of games, their designers and the year they first released. This section surprised me most of all. In India, growing up I watched the original Hannah- Barbara cartoons assuming that they were current. It was only when I first moved away from home, had access to the internet did I discover that they were first released in 1970s! Similarly, all the ‘popular’ games that I had access to the well-known ones like Clue(1949), Monopoly(1933), Scotland yard(1983), and Life(1960) seem to be much older than I would have ever imagined them to be, their age was something I never gave much thought to. This book has me thinking about that and more!

I will now come back from this entirely personal narrative to talk about the book itself. Apart from providing enough fodder for me to wax poetic about my own history with games, it taught me a lot of new things. It is an almost technical and analytical discussion divided into multiple subcategories about what board games are, their social implications and how it might be underused in some ways and how in others there were attempts to use it as propaganda. There were only a few mentions of the games I knew or played but despite that, the author’s love for it all shines through.  There is a lot of thought that has gone into this small book, and although it is not all-encompassing and I am sure that there is more that can be wrung out from the dynamics of playing board games, it is a great read. It will have you think about and respect (if you do not already) board games and those who play with the rules a whole lot more than before.

I would highly recommend this book to anyone who has a passing fondness for board games just to enrich your thought process.

I received an ARC thanks to NetGalley and the publishers but as you can see the review is entirely based on my love for games and appreciation for the authors writing.

5 thoughts on “Avidly Reads Board Games by Eric Thurm”