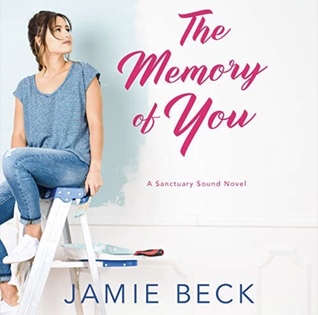 I wanted something lighter when I was on a binge of harder, harsher books and then decided to start a new series with a new author. I liked the author, this particular book- not so much but am looking forward to the next in the series.

Steffi has come back home to set down roots after an unexpected event had her concussed for the last time (she hopes). Her first project as a contractor turns out to be at the home of the one man she thought she would marry but ended up running away from. She is set up as a feminist, who played sports, who dresses however she wants but then, counterintuitively, she does her fathers and brothers laundry and has to be the one to clean and cook when she visits her father. This discrepancy set me off a little. It could also mean that she became a feminist because she had to do that stuff but I found that hard to believe either. She is having blackouts (due to the aforementioned incident) which might be affecting her life but she refuses to go see the doctor because she doesn’t want to be known as a victim.

I may not be making this sound very pleasant but it was a nice book, a smooth read that you know the structure of and have certain expectations from. The sneaking suspicion that the male protagonist gets, is something that is revealed in the author’s note in the very beginning itself, and there are lots of clues thrown in so it does not come as much of a surprise. All in all, the narration was good, the people interesting and the community even more interesting than our main people. I look forward to visiting Sanctuary Sound again. As you can see in my queue below, I have already queued the next one.

My last KU review was: What Have You Done by Matthew Farrell