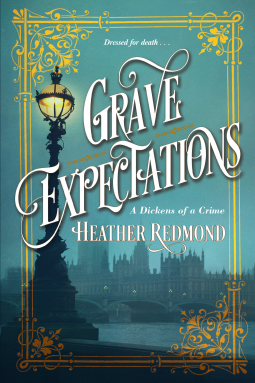 I picked this book up despite it being the second in a series I had not heard of before because I saw other people say its position did not affect the story much. I must say that while that might be true, I still wish I had a better introduction to Charles'(the fictional one) life than I did in this case. I am not a very refined bookworm, my classical knowledge is spotty and erratic and although I have read a few of Charles Dickens’ books, I own more than those I have actually read. I had forgotten the premise of the book by the time I actually picked it up, so when I saw the mention of Charles Dickens as the primary character, I had to go through his Wikipedia page to orient myself on what to expect.

This story has Charles trying to keep his head above poverty and at least feed his brother and sometimes himself. He is writing sketches for the paper and the idea to write a full novel in floated in this installment which does not immediately strike his fancy. He wakes up one day to find an old article slipped under his door. This bothers him because he is unable to identify the reasoning behind the occurrence (this particular clue was a pretty big let down in the mystery aspect). Later that day he finds the dead body of his neighbour. This sets him on the path of trying to make sense of the case. The local blacksmith is arrested in connection to the case and they(the relatives) turn to Charles for help. I really enjoyed the social scene at the time, the way trials were carried out and how law dispensed its punishments. I even liked the mystery plot in itself because I never expected the turns it took but there were a lot of loose ends in the narrative. I will not be listing it out here, but it did make it difficult for me to swallow the complete story. I would rate it 3.5 out of 5 but since no website allows for such a rating I have had to settle to 3.

The writing was very good, and the characters very interestingly portrayed as well as the family lives of all the people involved. My only issue was with some events in relation to the mystery and nothing else. I would recommend this book to those who like reading mysteries written using real times and real people in fictionalized scenarios.