Did I do any of the things I originally intended to do with the week free of posting since I had scheduled all the posts? NO. I only read some more books, which in itself is not a bad thing, just counter-intuitive to how I wanted to change my routine. Once again, I am scheduling a bunch of posts for the next week and hoping I use that freedom differently. I picked up another book on quilting, so it remains to be seen if I use it! 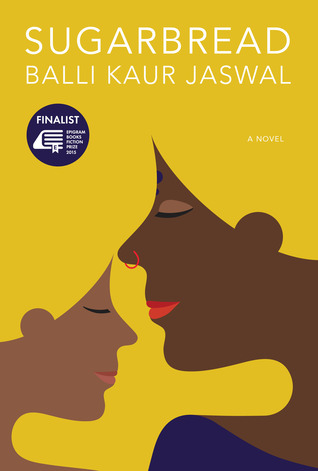 I reviewed the author’s book: Inheritance before, and there is a significant difference between that book and this. This is retrospection at a pre-teen level. There is clarity in thought and action, but overall is a lighter read than the other one. It was easier to read, absorb and appreciate it without the overwhelming sadness of Inheritance.

There are sad parts, but they are those that are taken in stride by the ordinary lives of people. This is a story of a Punjabi family in Singapore in the 1990s. There is a segue in between to the mother’s past in the 1970s, but most of the focus is the struggle that Pin has with her identity. She is in equal parts embarrassed of being different while simultaneously being proud of the things that are unique to her heritage. She is told by both her mother and her mother’s mother to not turn into the former. She is curious about the secrets that colour their lives. I love the familial bond between the three members of the close-knit family. The light-hearted father, the mother who churns her emotions into the food she cooks and the enigmatic daughter who sees and understands more than is required at her age. The past ‘secret’ was not hard to guess, but it was not the focal point of the narrative. The continuing mental conversation that Pin has as she is growing into her own identity is the highlight.

I enjoyed the book a lot, loved the writing, but I think there may be one of two things that may push a person to really love the book from mere like/enjoyment.

Having experienced either of the two sentiments expressed in the points above will add a whole additional feeling of kinship with the situations in the book. That as many would admit makes books more memorable because of the feeling of being understood.