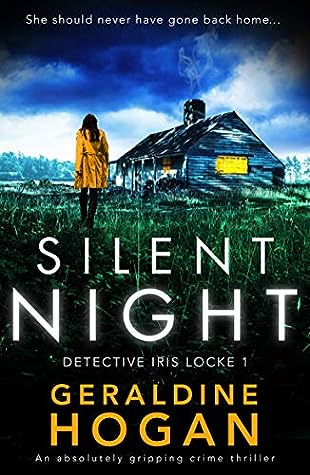 This was the first in a new police procedural, so I decided to give it a shot. The book focuses on Iris Locke, who had a setback earlier in her career, which is not entirely revealed to us. She is given a chance to be part of a murder (detection) team back in her hometown when a house is found burnt down with the three occupants first shot at close quarters.

There are two primary investigators, one is Iris who is overly enthusiastic despite being told multiple times she needed to slow down and include the whole team while the more experienced investigator Slattery has his own problems. The colloquialisms took a while to get used to, but it added to the experience. I would have enjoyed the book better if the solution was not so obvious. I am not one to give away the ending, but the blurb and even some other aspects of the book do end up revealing how the story is going to go. I was willing to be led down a path and then be told I was deceiving myself, but that was not to be. The reveal was not surprising, and this is the only reason I did not wholly enjoy the book.

There is no more that I can say with regards to the story and keep from giving out more spoilers but if you are used to the genre, (which it turns out I might not be) the writing and the sharp characterisations were interesting to get acquainted with.

I received an ARC thanks to NetGalley and the publishers, but as you can see, the review is completely based on my own reading experience.