I have not posted a review in more than a week, and this is probably the longest time this year that I have not done so. I am currently travelling, and I naively assumed I would be able to schedule a few posts, but as the use of the word naively suggests, I was mistaken!

I should be on track after the new year or maybe sooner, but by tomorrow this time my mega lists will start to post, and I really hope all of you find something to look forward to reading in 2020! I still have to compile my mega stats for the year, a very lengthy process but I love the end results. 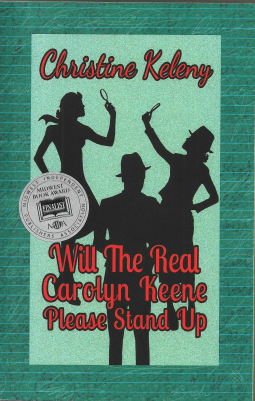 This is a sort of non-fiction that is not exactly completely non-fiction. It reads more like fiction but uses the facts from the past and does not change the outcomes of the people involved. Since it was listed under Historical fiction on GoodReads, I decided to do the same. I picked this up because I remember reading somewhere about the controversy that surrounded the Nancy Drew series quite late. I was never a big fan of Nancy Drew or Hardy Boys since I ended up with predominantly English authors as compared to their American counterparts.

The author’s style seemed to target the audience that the subject of the book also aimed. Meaning a younger audience, with lesser mature content. In itself, it is very informative and presents a startling picture into the rights of authors and the concept of serialised books in the US. I found it hard to read at one go because of the pace, but the story within was interesting. I do not want to give a summary since a google search would probably give us a brief version of the situation. The author has presented us with a fictional version of what transpired in the making of a syndicate that ultimately held the rights for a lot of stories that Americans of many generations grew up with. It was also a focal point of the narrative to bring to the forefront the differences between women as time progressed.

It is a different read and for someone with even a mild interest in the publishing industry in the US through past decades and in Nancy Drew herself should check it out.
I received an ARC thanks to NetGalley and the publishers but the review is entirely based on my own reading experience.