In an effort to bring my NetGalley shelf under control, I am trying to (once again) put up reviews around the month/week/day of publishing, if possible.

This also means that in addition to those, I will also be dealing with backlist titles that have exceeded the three-month mark on my virtual shelf.  Wish me luck! 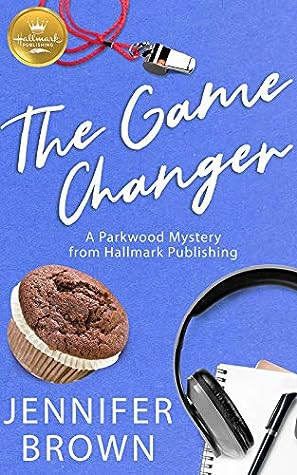 My first multiple reads/reviews of the year seem to be hovering about the four-star mark. I do not know if that is a good thing or bad, but this Cozy mystery was fun to read.

This is the first book in a new series featuring an investigative reporter who has had to relocate to a small town due to cutbacks. She is not really resenting her seemingly trivial stories, but an unsettled feeling is starting to creep up on her when we first get introduced to her. Life, in general, has been good for her other, all except for her job. This last thing might just be picking up as she wants to start a podcast with her new best friend. Things do not turn out the way she expects at that end either. I, for one, sympathise with her over that last bit because I have had plans morph into something unrecognisable when I least expect them to. Then a local murder occurs and Hollis jumps right in and thinks she has found out an underhanded ploy to protect her prime suspect. This leads to multiple stakeouts, a new cop in town and a lot of misunderstandings. I liked the narrative style of the story and could feel the warmth that Hollis felt for her new community, even the group calls with her aunt and mother on the line were fun. I felt the last bit was a little more rushed but considering it involved multiple chases, it might have been just right.

Not all mysteries in this genre appeal to me but this one did almost solely based on the writing style and the conversations that everyone has. The murder plot was an afterthought to me despite having been unable to land on the actual culprit without Hollis figuring it out first. I would recommend this to readers of this genre!