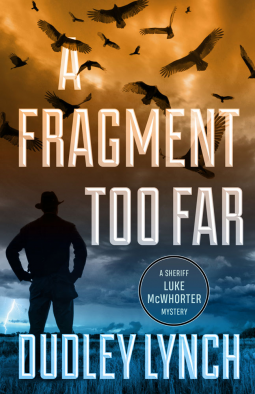 This is probably the oddest review I have written since I started blogging. The oddness comes with the conflicting feelings I have for it, having never had such polar reactions to anything before I had to think before starting the review. The two parts being the narrative voice and the story itself. Usually, they are a team, and I can like or dislike a book based on the combination. Here the mix is the reason I am uncertain as to how I should talk about the book.

To start with, I really liked the narration. The writing, the tone and the lead character were all-engrossing and upbeat while maintaining the seriousness of the multiple deaths at the very beginning. We are in a small town whose sheriff is the third of his family to hold the post. He is also a divinity graduate and surprisingly (for me at least) added to the multicolour shades of our main man. I really enjoyed reading the book which I was lucky to get a hold of.

The story itself, the plot and the finale were too bizarre for the setup! I am usually all for twists and surprise additions, and when the first mention of it was slipped out, I thought it would be a placeholder for something bigger, but it was not. The plot, in its entirety, revolved around something that I could have gotten behind if not for the writing and how the overall picture was framed. It is like the painting, and the colours do not match each other while separately they would have been better accepted.

I would read the next book in the series given a chance just to revisit the people and the town, but this plot lost me almost halfway through. I would recommend it to others solely based on the writing and the subtle humour laced into well-framed dialogues and descriptions.

I received an ARC thanks to NetGalley and after that expired before I downloaded it the publishers were kind enough to send me another copy. The review is entirely based on my own reactions while reading the book and nothing else.