I am a big fan of cozy mysteries set in the historical fiction mode. I had requested and received the first a while ago, but as I saw its sequel up for release later this month, I decided to read it back-to-back for maximum impact. This last sentence will be used again for a few more of the upcoming reviews as this seems to be my go-to method to cover my backlist this month. 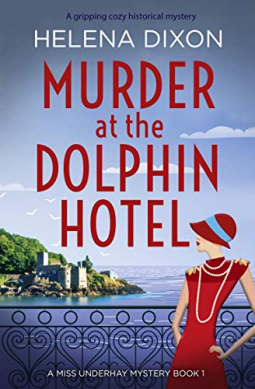 We are introduced to a holiday spot in 1933s England and the Dolphin Hotel. The proprietress of the hotel is the Grandmother of our leading lady, Kitty Underhay. She has a sad and mysterious past with her mother going missing unexpectedly and her father away, the latter a person Kitty has never seen or heard much (or anything at all) about. In this mix come threatening letters and a forced trip for the Grandmother, meaning additional security requirements to protect Kitty. Captain Matthew Bryant is just the man for the job, he is roped in due to filial obligations, but he is set to appear in every future story.

There are a lot of deaths, misadventures and investigations to figure out who the perpetrator(s) is but the most enticing prospect continues to be the mystery of the missing mother. The plot was so convoluted that it was tough for me to come to the accurate conclusion of the narrative. I was not even close. Despite all the plus points, I felt like the storytelling style was a little laborious- for me. This is a personal reaction, and I did read this and the next book in multiple sittings over two days, but I should have been able to read it faster given the type of storyline. 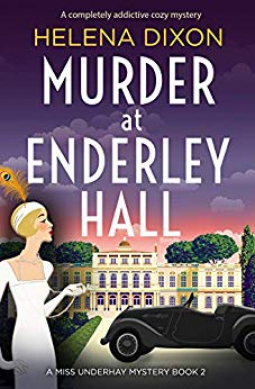 At the end of the first visit to the Dolphin hotel and the family who run it, we were given a few indications and even fewer revelations about Kitty’s family history. The most important part of this was the introduction of an Aunt, who then is cajoled into inviting Kitty to visit. Once there, the uncomfortable combination of people is soon eclipsed by a more severe problem of the loss of top-secret papers. This is further obscured by more deaths and suspicions. The thread of the Missing mother is continued in this instalment as well with some more clues given like breadcrumbs for future instalments. I found most of these interactions pretty interesting to follow, and I think it is definitely a step up from the first case in that regard, although the answer was more apparent here.

It is hard to see Kitty as the main character and not just the side support for Matthew because of the lack of initiative and drive attributed to her. So much so that when people are interviewed, and they have to account for the whereabouts of other guests, none mention her! This is a dedicated investigation that makes it easier to gauge who the culprit could be, but it is still quite a decent read. I would recommend it to readers of the historical mystery genre. It does put a lot more pressure on the continuing suspense about Kitty’s mother.

I received an ARC thanks to NetGalley and the publishers, but the review is entirely based only on my reading experience.