This series put me in mind of the tone of another Florida based series: Jeopardy in July (Jamie Quinn Mystery #5) by Barbara Venkataraman and even the more recently read The Tarot Mysteries #4,#5,#6 by Bevan Atkinson. It has very different protagonists, but there is this ‘feeling’ that is similar, needless to say, I enjoyed reading it. 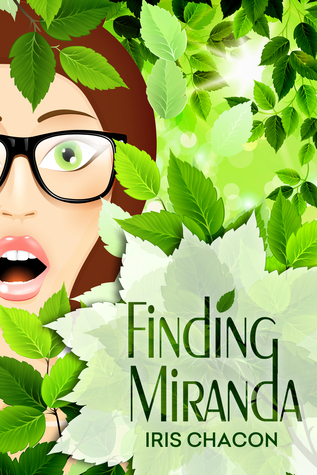 I have had this read pending for a while, and once I started, I had to see it through. I was lucky to have both the first and second with me and could read them in order. This book is the first in the series and introduces us to some very endearing characters. We have Miranda who is lost in the crowd, she is used to being invisible, and her neighbour seems to have made a decision to change that. Shep and his dog Dave are the lead investigators of the ‘case’ in the storyline. There is something shady going on in their city as well as state and Shep may have the keys to unlocking it. I do not want to say more because there were revelations that were laid out at just the right time and that timing provided the punch lines for jokes I did not even realise they had begun to tell.

The character growth of Miranda through the trials that she and Shep face in the book was very believable and did account for some of the vocal cheerings I did.

It’s a simple story with a small cast and had unexpected twists which I do not usually expect from a book in this genre. I shed tears with the people involved and found the snappy conversations a treat and really looked forward to revisiting them all.

Given the way the previous book ended, I had to check out the next to see where the story went from there. We are still in Florida, and there is a hush-hush discussion that happens at the very beginning, which sets the tone of how secrets are revealed throughout the book. The play is that we are told what is being said and where, but not all the whos. This leaves massive holes in our information that only time and more pages can fill.

Shep and Miranda have moved up their relationships, but higher powers are putting their oars in and muddying the water. This last description is to further draw your attention to the fact that a lot of the story happens on the water. There are sinkholes, and hidden discoveries and convoluted plots all set to derail the steady relationship of our lead pair. Miranda has moved on to a more average quiet person and feels loved and accepted in the community and Shep is recovering. There are hilarious moments involving parents and double agents within the ‘family’. It was a little confusing as to the first move made by one culprit at the beginning that I did not think made sense given the later events. But the fast-paced dialogues and the daring rescues and not to mention a most entertaining cat pushed me past any disgruntled mutterings. I hope I get a chance to read the next in the series because all the people in this little world are a treat to watch going about their daily routine. The writing is quirky as well, adding to the ambience of it all.

1 thought on “The Minokee Mysteries #1 #2 by Iris Chacon”