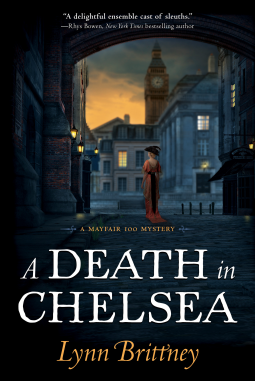 This is the second in the series, and I did feel a little left out when it came to pre-established relationships and bonds that I was not privy to. That had me floundering, in the beginning feeling the language a little too clunky. But once the people became more transparent, I started to get the hang of the narrative style (a switch that rarely ever happens) and actually ended up enjoying the unravelling mystery based in the time of World War I.

The core group of mystery solvers here are a mixed group of people who have been given special permission to solve cases together. This is something that is kept a secret from the general public or even the rest of Scotland Yard because half of the group are women! The case starts off in a usual fashion with a person with rank pulling it to get special treatment. This is a common thread throughout the story, the commentary on the discrepancies between men and women and people of different ‘classes’. It was interesting to follow for the most part. Once they get to the scene, however, it turns out that not everything that meets the eye is as it seems. None of the known factors of the case adds up, and there is a very steady amount of legwork, and teamwork deployed to get the case to its appropriate conclusion. It felt immersive in the feel of the time, which was an interesting background. The solution is almost apparent before the actual reveal, but by then I just wanted to see what roles the individuals play ( the good guys, that is)in the grand scheme of things. I am always partial to a well-written multi-starer, and this was pretty good.

I received an ARC thanks to NetGalley and the publishers,, but the review is entirely based on my own reading experience.