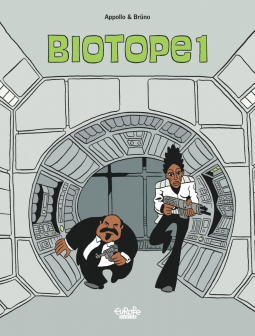 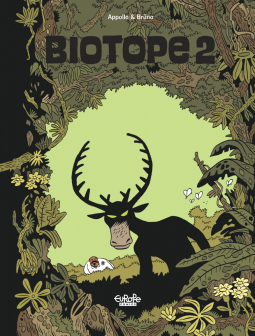 In my continuing intention to read more graphic novels this year, I picked this up because it seemed to be a complete story in two parts, and I had access to both!

This is a sci-fi setup where three detectives from the earth have been sent on a shuttle to another planet with an exploratory scientific settlement. The world outside the outpost is green and is teeming with wildlife. The murder has been dismissed, and no one is willing to talk about it. In the first instalment, there is constant resistance from all the members to divulge information, or so it seems. It ends quite dramatically, and I had to start the next right away. The art was interesting and very clearly indicated the tone of the story, and I was reasonably invested in the events.

The second instalment started off with an exciting flourish, given the way the first ended, but I would say the ending was quite abrupt. If not for the feeling of being left holding incomplete pieces, I would have rated both books higher. The chief detective is out on his own in the wilderness, and he finds out all the intricacies of what happened at the base of operations and what he is to do next. It was an odd narrative but was weird enough to be entertaining. I am glad I read these books, but I still wish the ending was not so abrupt.

All characters introduced to us are not likeable, and that just adds to the flavour of the story.

I received an ARC thanks to NetGalley and the publishers, but the review is entirely based only on my own reading experience.