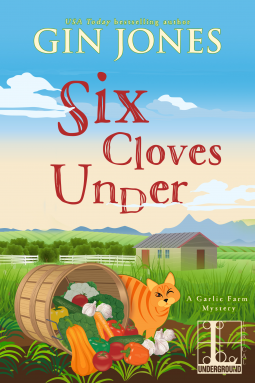 When you read a lot of books on a regular basis, you tend to pass instantaneous judgements (on the inside) as to what the final review would look like. It is the side effect of the process. Sometimes though, some jump out and surprise you and force you to reconsider the process by which we analyze things and the time we should give it. This was one such book!

When we first encounter our standoffish protagonist, she has reached her late aunt’s garlic farm. She is not emotional about the whole thing and only feels twinges of guilt for years of keeping her distance. A couple of chapters in she continues to moan about all the changes she has to make. I was chastising her in my mind for quite a while till suddenly the I started to ‘get’ her. It was almost like the plot of the storyline itself. Just like Mabel, who disliked the imposition on her time and the unnecessary responsibilities foisted on her, I learnt to roll with the punches. Mabel grew to understand, what to her was a warped sense of community and she felt like doing her part. The garlic farm requires a lot of work to get the field harvested before the rains, there is the suspicion about her aunt’s death, a garlic thief and so many people making almost absurd claims on her time. I would never have imagined it being such a labour-intensive process (not having given this crop much thought). The mystery was quite decent but I was more absorbed in how Mabel learns to talk to people and keep interacting with them for extended periods of time, something she has never felt even the remotest inkling to do previously.

I will read more in this series if given a chance because it was definitely a unique and well-written start to a new cozy mystery series.

2 thoughts on “Six Cloves Under by Gin Jones”