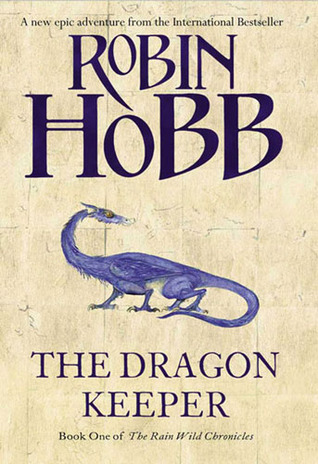 The following are some of my most enthusiastic reviews on the blog for a single series. Although this is a different sub-series, the previous books all are in the order of the main Elderlings series and are requisite reading. The world keeps alternating but reading them in order is crucial for thrills.

With this book, we are entering the Rain Wild Chronicles, which is a set of four books instead of a trilogy like the previous three, and I read it only because I want to maintain the series. There are secrets revealed at each stage of the previous ones, which meant that going against the grain would mean a lesser impact of all extra excitement.

That said, this was a little pale in comparison to the previous ones. It brings some substantial possibilities into the mix while not doing much itself. I still would not recommend skipping it because it has a lot of new characters, and they would probably play significant roles in the future. This is almost exclusively based in the Rain Wilds (except for the few scenes to talk of two newly introduced characters). There was humour thrown in here which I did not find previously. We have two bird keepers who use those birds to send messages from one city to another who converse using additions to official communications which show us the passage of time of the narrative, the mood and the family life of these two unseen people. This added some flavour to an otherwise ordinary story (I say this only because of the way the previous books sucked me in, and I appreciate the brilliance of the author). The dragons have hatched, but there is a lot wrong. They grow somewhat and then need to find another resting place. This journey is fraught with dangers, the biggest one being the lack of direction.

A motley crew of people is thrown together to see the dragons to their destination, but there are a lot of hidden agendas in play. I look forward to reading the next. With my libraries opening soon, I intend to read the following parts in quick succession to make sure I wrap the series up.