It has been almost forever (or it feels like it) that I have written a review feeling even mildly professional. The tone and nuances of what I want to convey are hidden beneath platitudes. It might have been the books I read, but it could also just be the time and usual lethargy. I intend to shake myself out of it soon! 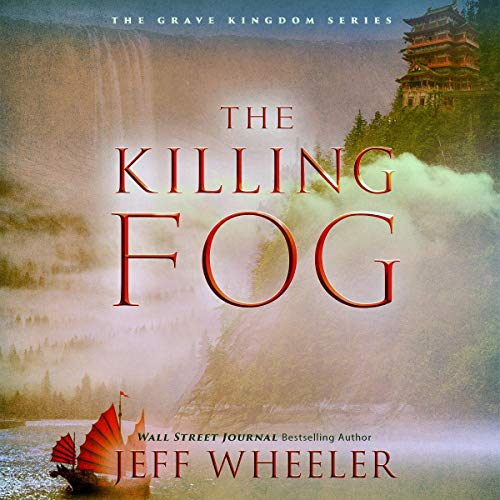 I have read ad reviewed a LOT of the author’s previous works. My starting of the blog and me stumbling on an endlessly long well-written series meant that it was mentioned frequently.

When I saw a new series by the author, I did not even read the synopsis and just automatically downloaded. Although this has an intriguing premise, this did not have the same finish as the other series’. This is just the first book, and I intend to listen to the next as soon as I can to see where it goes.

As expected in his books, there is a central female character with two vying for her affections in different ways. This is a secondary aspect, but since it is usually a winning formula I had to mention it in the very beginning. The girl (later woman), Bingmei is orphaned at an early age and struggles to keep certain vital secrets to herself, but fate has a strange way of forcing her hand and now the end of the world may have been unleashed. The cast was made up of different types of people with varying degrees of skill in words as well in fighting. There are a lot of skirmishes here with more predicted to come in the future.

A group of people are tasked with finding out the truth about an artifact and its origins. Most of those people have that as the set goal, but they are joined by more people to muddy the situation since they might know more than they are telling. It is fast-paced, fraught with tension and involves a lot of theories about what the Killing fog could actually be! I am reserving my feelings for the whole thing for after I hear/read the next book.

My last KU review was: Hide Away (Rachel Marin Thriller #1) by Jason Pinter, and my queue now looks like this: