I am currently working my way through many of the older requests I had made and been approved. I made a table and everything, but I am still finding it hard to stick to the simple terms of my own plans! 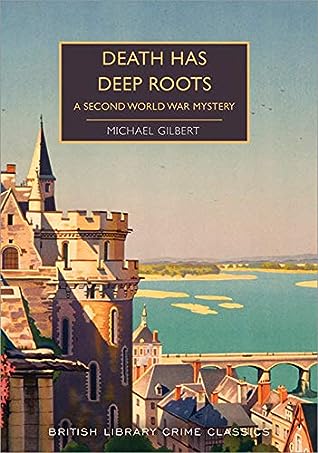 The narration revolved around four main characters involved in defence of a woman jailed for murder. The first is the legal counsel for the defence, Mr Macrea. He is touted to be famous for dramatic twists and turns in the court, and his sudden arrival causes a furore of excitement in the courtroom. Rombold Junior (Nap) and his father are the main people that the accused first approaches and requests for help. The younger sets off to figure out the roots of the crime and adds another man McCann into the mix to did out the more hidden details of the ongoing case.

The entire book felt like I was watching a play. Many of the main characters wove in and out of the other’s scenes, but there was a distinct frame within which each operated. It felt like a ‘boys’ tale, the enthusiasm and the way everything was approached. The title made a surprising amount of sense given the way the story unfolded.

A humorous twist was the giving of compliments when talking of someone new and then saying ‘despite this, the person was liked’. As I got more and more accustomed to the characters, I felt it get progressively funnier even if all the threads of the narration seemed to run parallel to each other. The timeline is tight and clues few and far between, but the defence has sincere faith in the innocence of the woman in question and is doing their best to find out the truth. The mystery itself is almost sidelined, and the culprit was not much of a surprise, but the book in its entirety was. I did not expect much from it, but I did enjoy it the ride.

Some lines I happened to highlight because I found it funny. It could have been the timing of it might just be me, but I was chuckling at these for a bit.

” Sergeant Crabbe, a sorrowful man, nodded heavily. He bestowed upon McCann the look which a St.Bernard might have given if, after a long trek through the snow, he had found the traveller already frozen to death. He then sat down dutifully on the edge of the hardest chair.”

“‘All right. Then we came to the guests at the hotel. There were seven of them, but five were more or less out of it. that left two’. ‘Five from seven leaves two’ agreed Mrs McCann”

4 thoughts on “Death Has Deep Roots by Michael Gilbert”