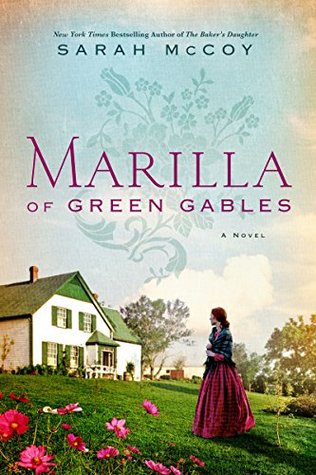 Ask anyone who is a fan of Anne of Green Gables ( I am, of course, making a big assumption here that I am in the majority), and there will be a large percentage of people who adore the character of Marilla. ( am I right?)

Marilla is a stronghold, the enduring figure behind Anne till the very end of the series. Matthew is easier to love, like the kindly grandfather ( I sob every time I read those last few scenes) but his presence is fleeting and Marilla does have that special place in the tales. If you are unfamiliar with Anne, I doubt you would be very interested in this review. I would urge you to give the series a try!

I was introduced to Anne a little late (seventh grade) but it was all-encompassing when I started reading. It is still probably the only series apart from Sherlock Holmes that I actually own all the books of, some even two copies (one with me and one in my childhood home). I have since started friendships on that note, and till quite recently ‘forced’ people to give it a shot ( in my defense almost all of those people loved it). I mention all this because I need to make the fact clear that I am a big fan, and look at any spinoff with trepidation. I thought long and hard, and finally with a push from a friend I decided to request it on Edelweiss+. Luckily for me, it was accepted and I read in multiple sittings.

This is a very good telling, it mimics the feel of Anne to a large extent. You can see some things which could be used to explain Marilla’s reactions to later events. The start of the book is really strong. It is a scene just before Anne’s arrival is imminent. Then it goes back to when Marilla is a teenager and her aunt appears on the scene. Marilla grows up and grows old, has trials and strives to do her best to get past them. There are even some civil war ( in America) elements added to the mix. The only problem (for me) was with part of Matthew’s back story. That is the only reason I do not give it the full five stars. I do recommend it to anyone who wants a nostalgic walk through Avonlea.

6 thoughts on “Marilla of Green Gables by Sarah McCoy”