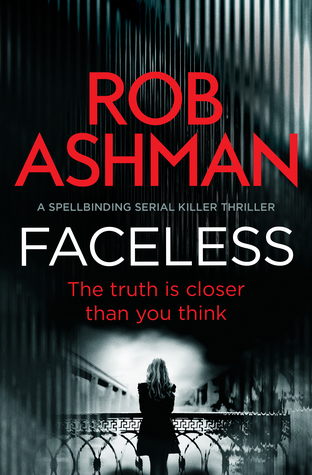 I make these temporary decision sometimes. The particular one which makes sense in this context is that I keep saying I will not try any more thrillers. This was the first in a series so I decided to give it a shot. I have a few more which I have ARCs of and I hope I stick to that resolution after I read them. They do not seem to be my cup of tea.

DI Roz Cray is recovering from the loss of her husband and other associated memories continue to plague her. She is seen as a threat by the higher-ups at her workplace and that is slowing down the case she landed herself into. The case involves a guy taking his victims faces, literally. The why and how of what happens next is the bulk of the story.

This particular case has all the twists and the psychological trauma involved in the making of both the killer and the intended victim. That is the only reason I give it three stars is that the plot is pretty original and even the more experienced of thriller readers may not be able to completely predict the ’cause’ of it all. I had a problem with coarseness in the dialogue. I guess that’s how the outside world speaks now but somehow it distracts me from the case at hand. Sometimes the connections between the different pictures being shown to us seemed forced. These negative feelings seem to be in the minority since most of the other hundred plus people who have rated the book have loved it. So I would recommend you trying it out yourself to check if you like it!