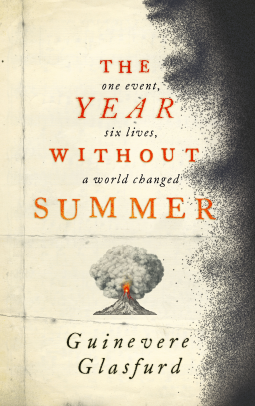 This book is still available for request on NetGalley as of the writing of this post.

This book has an interesting premise. I had never heard of the volcano eruption before, and it was fascinating to see the endless repercussions so long ago. I have actually been on a geo tour where the guide told us we were above what was estimated to be the mouth os a volcano, and the dimensions of it were so visually staggering that it sent chills down my arms. This tale begins excitingly. We see the events through the eyes of someone who almost saw the eruption and the direct impact on the people of the island. Then we move on to a few other people in different parts of the world and how the randomness of the weather affected them all. We have one person in the US, one in London, another in a smaller British village and so on. Each of these people was impacted by the weather. The economic ramifications of the collapse of the weather is a very topical subject, given the current scenarios around the world. The poor suffered in a disproportionate amount as they always do in such times.

The problem was that the individual stories felt like they were just that, separate and removed from the other. This removed the feeling of a shared trauma amongst them and disassociated me from them. It was hard to get emotionally invested in all their lives. Of the six people, I liked three of the stories and was not so involved with the other three. The writing was effortless and a treat to read, but the subject matter did not hold my attention the way I would have liked. I think this book would be an excellent addition to any book club to start conversations and debates about humans vs nature.

I received an ARC thanks to NetGalley and the publishers, but the review is entirely based only on my reading experience.

8 thoughts on “The Year Without Summer by Guinevere Glasfurd”