I wasn’t planning to post this review today since I have already sent out two other reviews but then I decided that no such rule existed! I have been giving a pretty long gap between my actual reading of books and their reviews, something that I did not do initially thinking it would water down the content, while actually, the reverse started to happen. When I look back on series reviews as I try to write about the latest book I realise I sounded quite upbeat in those old reviews, having that ‘something’ that quite a few of my current reviews seemed to lack and so I decided to pace myself. This has led to odd periods of too many reviews vs days of nothing at all. I have another ten days before I set off on holiday and some pre-scheduled posts will make appearances but till then, once again I remind myself to up my game. 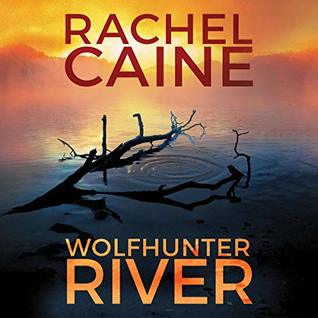 If you look at the previous reviews (linked above) you will know what kind of series this is. This third installment continues in the same fast-paced mould. The story focuses a lot on the horrors of online trolls and the ganging up of people who feel a need to seem righteous and vent venom on people and events that they have no direct contact with or even the appropriate information about. The previous two are not completely necessary going into this since some of the content is repeated for our benefit.

Gwen Proctor has given it her best shot, she thought that coming on TV and trying to point out the dangers on internet trolls and the unseemly effect that they have on her children would help them. It backfires completely and brings to the forefront a woman who hates her so much that she might be a worse enemy than her Ex himself! Given her tenuous situations in life, Gwen has become a beacon of word-of-mouth recommendations to other people, especially women who find themselves the center of unwelcome attention only because of a relationship with a criminal. This leads the whole family on a trip which turns out to be a deadly option.

Corrupt officials, crazy villains, murderous car chases and a lot of flying bullets. The family sticks together and behaves realistically given the crazy situations they end up in. The narration was awesome because all four of our lead characters got their own narrator. I guessed the twists that came and that reduced my enthusiasm for the book by a little bit only because the pace of the book relies heavily on these twists. It is not an easy read but is not as graphic as some of the other thrillers out there. I enjoyed it more than I thought I would because I saw a lot of less than glowing reviews of this book in the blogosphere. I am glad I liked it!